GREEKS THEY ARE CALLED THOSE WHO SHARE IN OUR EDUCATION

Among the first things one notices when approaching the Gennadius Library is the large inscription on the architrave of the neoclassical building, built by the American School of Classical Studies (ASCSA or the School hereafter) in 1926 to house the personal library of John Gennadius. It reads: ΕΛΛΗΝΕΣ ΚΑΛΟΥΝΤΑΙ ΟΙ ΤΗΣ ΠΑΙΔΕΥΣΕΩΣ ΤΗΣ ΗΜΕΤΕΡΑΣ ΜΕΤΕΧΟΝΤΕΣ, that is, GREEKS THEY ARE CALLED THOSE WHO SHARE IN OUR EDUCATION. It is a line taken from Isocrates, Panegyricus 50.

In the School’s Archives there is extensive correspondence between the Chair, Edward Capps, and the Secretary of the Managing Committee, Edward D. Perry, concerning this choice of passage. Both men were distinguished classicists: Capps (1866-1950)­ was a professor of Classics at Princeton and one of the three original editors of the Loeb Classical Library, and Perry (1854-1938) taught Greek and Sanskrit at Columbia University for several decades.

The discussions about the inscription began in late 1922, as soon as the School had secured funding from the Carnegie Corporation for the construction of the library. “The book plate of [John] Gennadius contains: ΚΤΑΣΘΕ ΒΙΒΛΙΑ ΨΥΧΗΣ ΦΑΡΜΑΚΑ [buy these books, which are the medicine of the soul]. I think you could get up something better for the frieze over the entrance” Capps teased Perry on October 29, 1922. [1]. To which Perry answered: “I have been thinking over the matter a good deal, but so far have hit upon nothing that pleases me. As he [John Van Pelt] says ‘an inscription some twenty letters long’ I feel a good deal crammed. I will send him, as a mere suggestion to work with, the following, taken with slight changes from Aeschylus’s Prometheus, line 460: ΣΥΝΘΕΣΕΙΣ ΓΡΑΜΜΑΤΩΝ ΜΝΗΜΗ ΑΠΑΝΤΩΝ [“the combinations of letters, memory of all things”] which is thirty letters long” (AdmRec 311/3, folder 5, November 3, 1922).

END_OF_DOCUMENT_TOKEN_TO_BE_REPLACED

“Mr. Lo”: The First Chinese Student at the American School of Classical Studies at Athens, 1933.

In the late 1990s, a few years after I was appointed Archivist of the American School of Classical Studies at Athens (ASCSA or the School), Robert (Bob) Bridges, the Secretary of the School, brought to the Archives a Chinese metallic vase to be saved because it was part of our institutional history. Bob said that the bearer of the gift was a former student of the School from the 1930s, who had visited Greece and the School in the 1980s. Underneath the vase, Bob had pasted the donor’s professional card to make sure that his identity was not lost. The print on the card read: Luo Niansheng, Professor [and] Research Fellow of the Chinese Academy of Social Sciences; and scribbled on it: Lo Maote student of the American School in the academic year of 1933-1934. 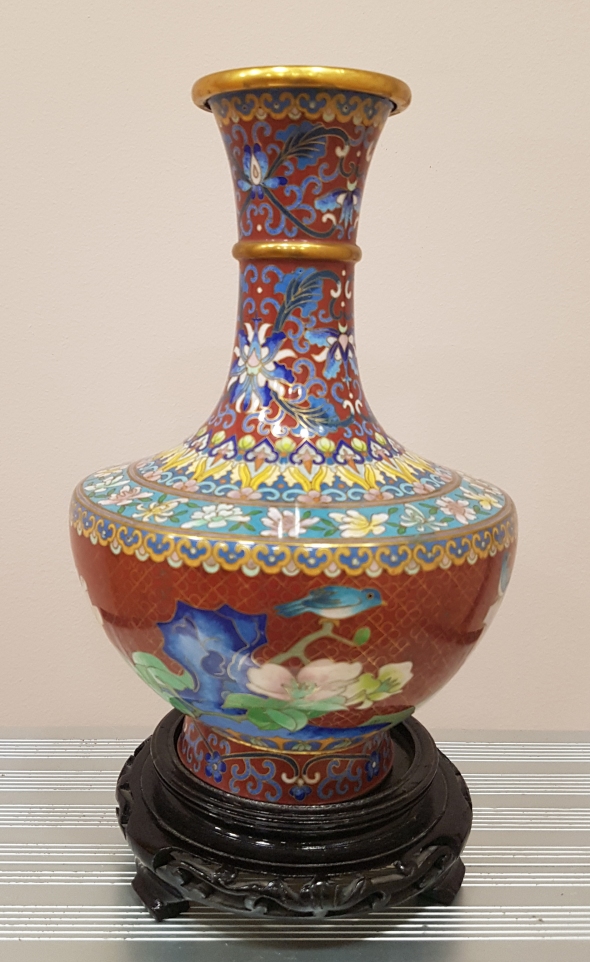 The vase that Luo Niansheng (Mao-Te Lo) gave to the School in the 1980s, as a token of remembrance. ASCSA Archives. 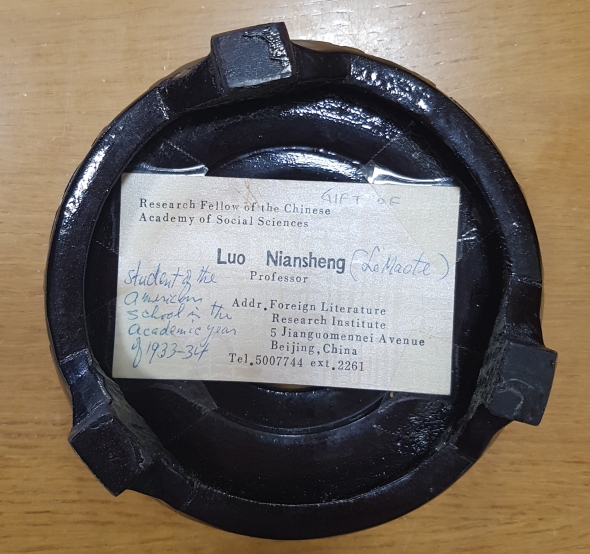 The School’s Directory in Louis E. Lord’s History of the American School of Classical Studies (1947) lists the following information for “Mr. Lo”:

About the same time that Bob delivered Niansheng’s present to the Archives, I met Richard (Dick) Howland, a former Chair of the School’s Managing Committee (1965-1975) and a student of the School from 1933 to 1938. Howland was in his late eighties when he visited the Archives carrying another important gift: his photographic collection from the time he was a student at the School. As Howland reminisced and identified people in the photos, we stumbled upon a few showing a Chinese man either alone or with other School students: Howland identified him as “Mr. Lo.”