At Home with the Schliemanns: The “Iliou Melathron” as a Social Landmark

Heinrich Schliemann, the famous excavator of Troy, Mycenae, and other Homeric sites, was born in Germany on January 6, 1822–the Epiphany for western Europe and Christmas Day for other countries such as Imperial Russia and Greece which still used the Old (Julian) Calendar until the early 20th century. A compulsive traveler, Schliemann rarely returned to Athens before late December or early January, just in time to celebrate both his birthday and Christmas on January 6th.

From today and throughout 2022, many institutions in Europe, especially in Germany but also in Greece, will be commemorating the bicentennial anniversary of his birth. The Museum of Prehistory and Early History of the National Museums in Berlin is preparing a major exhibition titled Schliemann’s Worlds, which is scheduled to open in April 2022. Major German newspapers and TV channels are in the process of producing (or have already produced) lengthy articles and documentaries about Schliemann and his excavations at Troy in anticipation of the bicentennial anniversary, and Antike Welt has published a separate issue, edited by Leoni Hellmayr, with eleven essays about various aspects of Schliemann’s adventurous life.

The American School of Classical Studies at Athens, where Heinrich’s and Sophia’s papers have been housed since 1936, in addition to contributing to all the activities described above, will be launching an online exhibition, The Stuff of Legend: Heinrich Schliemann’s Life and Work, on February 3, 2022, showcasing material from the rich Schliemann archive. 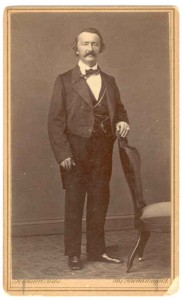 A day does not go by in the Archives of the American School of Classical Studies at Athens (ASCSA) without an inquiry about the Heinrich Schliemann Papers. More than one third of the collection has been digitized and made available for research online; still, these inquiries keep coming from all over the world, including destinations as remote as Japan and Cuba.  Though unquestionably a legendary figure, Schliemann’s popularity is largely due to the richness of his personal archive, which remains an inexhaustible source of information for a wide range of audiences: historians, archaeologists, fiction and non-fiction writers, even film producers. (I have written about Schliemann before [Schliemann of Troy: The Story of a Linguistic Genius] and have hosted two posts by Curtis Runnels [Who Went to Schliemann’s Wedding? and, “All Americans Must Be Trojans at Heart”: A Volunteer at Assos in 1881 Meets Heinrich Schliemann], the author of The Archaeology of Heinrich Schliemann: An Annotated Bibliographic Handlist [2007].)

To the rich list of books and articles that have been written about Schliemann I would like to add the recent publications by Umberto Pappalardo, who has been studying Schliemann’s activities in Napoli and on the island of Motya, and Massimo Cultraro’s new book with the sibylline title L’ ultimo sogno dello scopritore di Troia: Heinrich Schliemann e l’ Italia (1858-1890). Before them, in 2012, Elizabeth Shepherd published a comprehensive article about Schliemann’s wanderings in Italy in the fall/winter of 1875, especially his interest in the site of Populonia. Schliemann travelled to Italy seven times, first as a tourist (1858), and later, especially after the discovery of Troy (1871-1873), as a celebrity and potential excavator. He even drew his last breath in the streets of Naples one morning in December 1890. Yet, until recently, Schliemann’s Italian days remained understudied. END_OF_DOCUMENT_TOKEN_TO_BE_REPLACED

Who Went to Schliemann’s Wedding?

Curtis Runnels, Professor of Archaeology at Boston University, here contributes to From the Archivist’s Notebook a story about the accidental discovery of an original letter by Heinrich Schliemann at an Antiquarian Book Fair in Boston. The letter was found inside an old Greek-English lexicon that Runnels bought for his book collection.  In addition to doing fieldwork and publishing extensively on Palaeolithic archaeology in Greece, Runnels is also the author of The Archaeology of Heinrich Schliemann: An Annotated Bibliographic Handlist (Archaeological Institute of America; available also as an ebook from Virgo Books).

Experienced booksellers and collectors always look through old books that come into their possession to see what might have been left between the pages.  Some people make collections of their finds, which range from the curious to the valuable.  It can be an exciting business: almost anything may turn up in a book, from gold coins and paper money to love letters and flowers—even a strip of bacon (cooked or uncooked, one wonders).  It was a matter of habit, therefore, that induced me to leaf through an old Greek-English lexicon that I purchased last November at the Boston International Antiquarian Book Fair.  Of all the finds I have made in old books, this was perhaps the best: a letter written by Heinrich Schliemann.  It was tucked inside the first volume of A Lexicon of Modern Greek-English and English-Modern Greek by N. Contopoulos, which was published in two volumes in 1867 [volume 1] and 1869 [volume 2] in Smyrna by B. Tatikidou (vol. 1) or B. Tatikianou (vol. 2). END_OF_DOCUMENT_TOKEN_TO_BE_REPLACED

“All Americans Must Be Trojans at Heart”: A Volunteer at Assos in 1881 Meets Heinrich Schliemann

Curtis Runnels, Professor of Archaeology at Boston University, here contributes to The Archivist’s Notebook a story about the discovery of a personal diary of a young American who participated in the Assos excavations in 1881 and had the opportunity to meet Heinrich Schliemann. In addition to doing fieldwork and publishing extensively on Palaeolithic archaeology in Greece, Runnels is also the author of The Archaeology of Heinrich Schliemann: An Annotated Bibliographic Handlist (Archaeological Institute of America; available also as an ebook from Virgo Books). 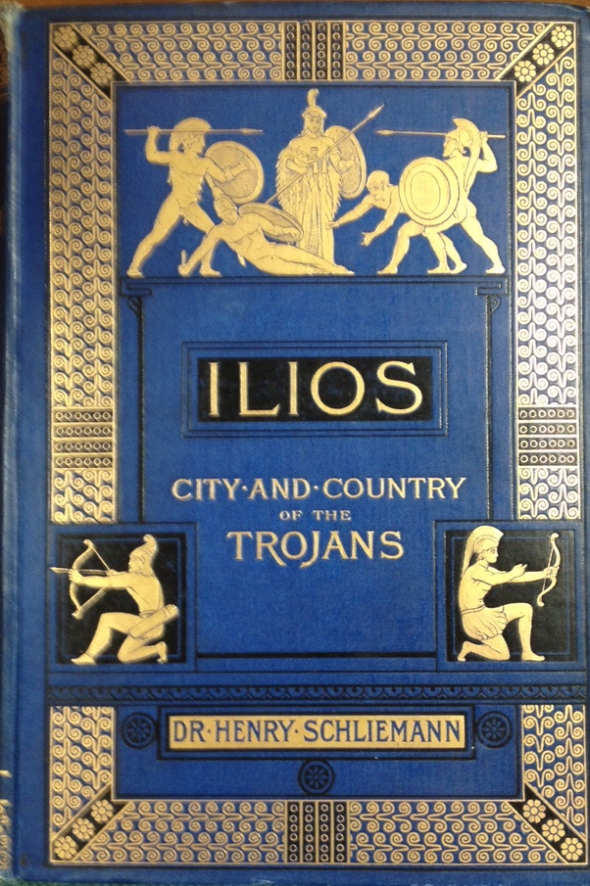 “He was an American citizen himself—and believed that all Americans must be Trojans at heart.”  The line above describes Heinrich Schliemann and comes from the personal diary of a young American who met Schliemann at Assos in 1881. Boston native Charles Wesley Bradley (1857-1884) graduated from Harvard in 1880, having studied classics and philosophy with Charles Eliot Norton, the founder of the Archaeological Institute of America and the driving force behind the first American excavations in classical lands at the site of Assos in northwestern Turkey. END_OF_DOCUMENT_TOKEN_TO_BE_REPLACED

Schliemann of Troy: The Story of a Linguistic Genius

Schliemann the legendary excavator of Troy and Mycenae hardly needs an introduction. A host of publications deal with the last twenty years of his life and the results of his excavations. It is only recently, however, that any interest has been taken in Schliemann’s “non-Greek” past, his early years, when he was a successful merchant, an obsessive traveler, and a compulsive linguist. What else can we call a man who taught himself to read, write, and speak more than fifteen languages? END_OF_DOCUMENT_TOKEN_TO_BE_REPLACED