The Spirit of St. Louis Lives in Athens, Greece 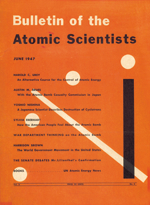 The Doomsday Clock was created in 1947 by members of The Bulletin of the Atomic Scientists’s Science and Security Board; several of them were part of the “The Manhattan Project” that led to the creation of the first atomic bomb. (For those of you who want to learn more about “The Manhattan Project,” I recommend a drama series that premiered in 2014; although the series was discontinued after the second season, it featured good acting and it was fun to watch. Also see Jack Davis’s Communism In and Out of Fashion, Sept. 1, 2016.)  “Originally the Clock, which hangs on a wall in The Bulletin’s office at the University of Chicago, represented an analogy for the threat of global nuclear war; however, since 2007 it has also reflected climate change and new developments in the life sciences and technology that could inflict irrevocable harm to humanity… The Clock’s original setting in 1947 was seven minutes to midnight.  It has been set backward and forward 22 times since then, the smallest ever number of minutes to midnight being two in 1953, and the largest seventeen in 1991” (after Wikipedia, accessed 28/1/2017). As of January 2017 (and this explains the flurry of articles in the press), the Clock has been set at two and a half minutes to midnight, a reflection of President Trump’s comments about nuclear weapons: “The United States must greatly strengthen and expand its nuclear capability until such time as the world comes to its senses regarding nukes.” Trump posted this remark on Twitter on December 22, 2016, and followed it with an even more worrisome comment: “Let it be an arms race,” he said, referring to the Russians.

While reading the history of the Doomsday Clock my eyes happened to fall on the cover of the 1947 Bulletin of the Atomic Scientists, which featured for the first time the Clock (at seven minutes to midnight), and the name of the artist who had designed it: Martyl Langsdorf. Martyl is an unusual name, and I had seen it before. I went to the Archives Room of the American School of Classical Studies (ASCSA or the School hereafter), where we keep the School’s administrative records, and personal papers of its members. There, hanging on one of the walls, was an abstract painting depicting a mountainous landscape, and signed in the bottom left corner: “Martyl.” To my surprise, when I checked our inventory, there was a second work of art, an etching, by “Martyl” in the Archives of the ASCSA. But this one also carried a personal dedication: “To George and Lela with affection and admiration, Martyl.” This meant that Martyl’s other painting had also originally belonged to George and Lela Mylonas. END_OF_DOCUMENT_TOKEN_TO_BE_REPLACED