Communism In and Out of Fashion: The American School of Classical Studies at Athens and the Cold War

Jack L. Davis, Carl W. Blegen Professor of Greek Archaeology at the University of Cincinnati and a former director of the American School of Classical Studies at Athens (2007-2012), here contributes an essay about attitudes of the ASCSA and its members toward Communists and Communism in the 20th century.

“Feeling they were witnessing the demise of capitalism, many writers moved left, some because their working class origins helped them identify with the dispossessed, others because they saw socialism or Communism as the only serious force for radical change, still others because it was the fashionable thing to do; they went where the action was.”
Morris Dickstein, Dancing in the Dark (2009), pp. 16-17. 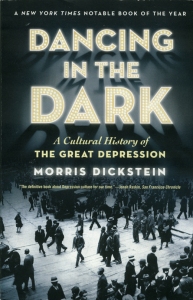 In 1974, when I first arrived at the American School of Classical Studies at Athens (ASCSA or the School hereafter), we youngsters were told that we should not express our political views in public. The ASCSA’s institutional mission might be hurt, were it perceived not to be neutral. In September 1974 that was certainly a reasonable position for the ASCSA to assume. Yet I was curious. In 1974, I was myself radicalized, and had definitely headed left. I could not condone U.S. policy in respect to the Junta, or the suppression of the Left in Greece. Could I say nothing? Had the ASCSA always maintained a position of strict neutrality? Or were its postures more convenient than sincere? END_OF_DOCUMENT_TOKEN_TO_BE_REPLACED