A Mycenaean “Matter of Fact”: Part I, Joe Alsop Reports on the Greek Bronze Age

Jack L. Davis, Carl W. Blegen Professor of Greek Archaeology at the University of Cincinnati and a former director of the American School of Classical Studies at Athens (2007-2012), here contributes to The Archivist’s Notebook an essay about political columnist Joseph Alsop and his passion for the prehistoric archaeology of Greece.

Several months ago Louis Menand’s New Yorker review (Nov. 10, 2014) of Gregg Herken’s The Georgetown Set: Friends and Rivals in Cold War Washington kindled my interest in Joseph W. Alsop (1910-1989), influential journalist, syndicated newspaper columnist, and trustee (1965-1985) of the American School of Classical Studies at Athens. A bit of archival sleuthing at the University of Cincinnati (see below) led to the discovery that on Saturday, December 14, 1963, Alsop had summoned an A-list of Classical archaeologists and art historians to dine with him and his wife, Susan Mary, in their Georgetown, Washington, D.C., home — a strange flock for this longtime Washington insider to host. 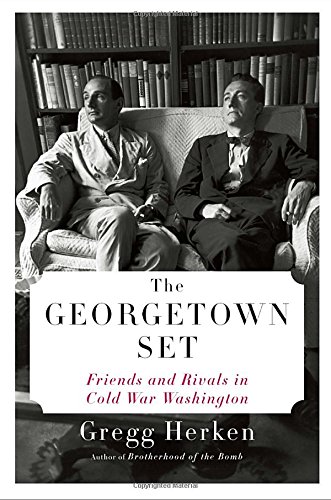 On the cover, Joseph and Stewart Alsop (photo by Henri Cartier-Bresson)