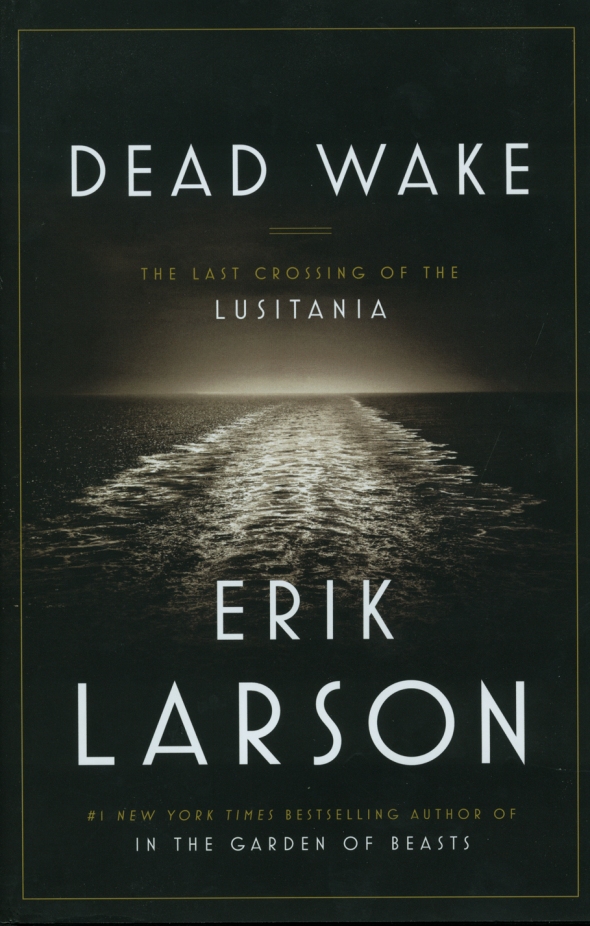 I confess that I have long been a fan of any Erik Larson novel, from the time my mother-in-law gave me The Devil in the White City: Murder, Magic, and Madness at the Fair That Changed America (2003). But did I say novel? His non-fiction tales read like novels, and The Devil is currently being made into a major motion picture (starring Leonardo DiCaprio and directed by Martin Scorsese). For my birthday this year, my mother-in-law Nan hit another homerun: Dead Wake: The Last Crossing of the Lusitania — a terrific (and fast) read. (I finished it in just over two days, one of them on a trans-Atlantic flight, a suitable environment for reading about an oceanic disaster!) END_OF_DOCUMENT_TOKEN_TO_BE_REPLACED

Letters From a New Home: Early 20th Century Athens Through the Eyes of Zillah Dinsmoor

Jacquelyn H. Clements here contributes to the Archivist’s Notebook a fun essay about living in Greece in the early 1910s. She draws her inspiration from the letters that a young bride, Zillah Pierce Dinsmoor, sent from Athens to her mother in America. Jacquelyn, who is completing her doctoral thesis in Classical Archaeology at Johns Hopkins University, is also an aspiring photographer. She would like to live in Greece in the future and model herself after Alison Frantz, the well-known American archaeologist and photographer. You can look at Jacquelyn’s photography at: http://www.jacquelynclements.com

Students and scholars who study at the American School of Classical Studies at Athens (ASCSA) have often been accompanied by their spouses, significant others, and children who live with them here in Athens. In the early 20th century, Zillah Pierce Dinsmoor was one of these women who traveled to Athens along with her husband, architect William Bell Dinsmoor. During her time abroad, Zillah wrote frequent letters to her mother, Emma E. Pierce, back home in Massachusetts. Zillah’s correspondence from a foreign land provides a unique picture of life in Athens in the early 20th century, and a life at the American School that bears many resemblances, as well as striking differences, to our life here today. 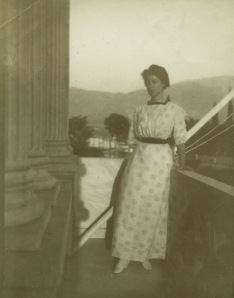 In my Regular year at the ASCSA (2010-2011), I began volunteering in the School’s Archives along with fellow students William Bruce and Katie Lamberto. Our task was to undertake the tedious project of transcribing Zillah’s letters, and like any major archival project, it was faced with some trepidation, at least on my part. Her letters fill five boxes with multiple folders apiece, comprising hundreds of crumbling papers written in florid handwriting, sometimes encircling the borders of the pages when she ran out of room. In two years of transcribing Zillah’s letters, I’ve managed to read about seventy. Her musings are filled with detailed descriptions of daily life in Athens with “Billy,” (as she refers to her husband William) and their travels, both within Greece and also to England, France, and trans-Atlantic voyages. On occasion, I have been treated to photographs, placards, and small sketches as well, in addition to the occasional caret of commentary by Billy, his streamlined penmanship contrasting sharply to Zillah’s flowing cursive. END_OF_DOCUMENT_TOKEN_TO_BE_REPLACED