← “A Greek Author Travels to the Country of the New Myth”: The Voyage of Elias Venezis to America in 1949
Two Academics “Ruin” the Spirit of Valentine’s Day: A Response to “My heart is beating.” →

“I Once was Lost but Now I’m Found”: The Search for Missing Archives, Marion Rawson, and the Excavations of the Palace of Nestor at Pylos

Jack L. Davis, Professor of Greek Archaeology at the University of Cincinnati and former director of the American School of Classical Studies at Athens (2007-2012), here contributes to the Archivist’s Notebook an essay about his favorite topic, Carl Blegen and the Pylos excavations. He also describes the recent discovery of Marion Rawson’s personal diaries.

The spirit of Carl Blegen surrounds us. In 1972 I came to the University of Cincinnati to study Aegean Prehistory, the field that Blegen helped to create. (Curiously, Blegen himself objected to the term “prehistory” on the grounds that early humans had a history, preferring to call it “Preclassical archaeology”). I am the Carl W. Blegen Professor of Greek Archaeology at the University of Cincinnati. Our department is in Blegen Library. We use the Blegen Library of the American School of Classical Studies at Athens. But I never met Carl Blegen — and, in fact, until last May, when we discovered an old audio tape in a file cabinet at UC, I had never heard his voice.

CWB, as he signed himself, died in 1971. In his final months he was nursed in Athens by his sister Martha, then buried in the First Cemetery beside his beloved wife, Libbie, Bert Hodge Hill, and Ida Thallon Hill. Of the quartet that lived at Plutarchou 9, he was last to depart.

The story of CWB and his world maps Greek prehistory over six decades, from its fumbling beginnings until its emergence as a modern scientific discipline. In May 2013 in Athens, my friends Vivian Florou and Natalia Vogeikoff organized a conference about the Blegens with me: “Carl and Elizabeth Blegen Remembered. Ploutarchou 9 Celebrated.” See http://www.ascsa.edu.gr/index.php/news/newsDetails/ascsa-co-organizes-colloquium-on-carl-and-elizabeth-blegen.

Chasing the spirit of CWB has been rewarding for us, particularly in that we have had the pleasure of making the acquaintance of several of his associates. One initial goal in so doing was to locate excavation records missing from the main Palace of Nestor archive. (It was transferred, after CWB’s death, from Ploutarchou 9 to ASCSA). Thus several years ago we contacted Bill Donovan, one of the authors of the third volume of The Palace of Nestor at Pylos, and Professor of Classics, emeritus, at MacAllister College. Bill still had in his hands his notebooks that recorded excavations of chamber tombs in the Tsakalis cemetery.

More recently, as planning for the May 2013 event progressed, we approached others, not to collect errant excavation records this time, but to cull reminiscences. George Papathanassopolos shared his at the workshop. See http://vimeo.com/68540982. Others wrote us: John Pedley, David French, and Kaddee Vitelli. John Camp gave us a transcription of his own diary from Pylos. Preparation also demanded a close reading of CWB’s personal daily diaries. These reside in the Archives of ASCSA. In composing my own project for the workshop, the “backstory” of the Pylos excavations, I, however, discovered a large archival gap. Where were Marion Rawson’s travel diaries? Rawson was, after all, Blegen’s principal collaborator. The diaries were not at Bryn Mawr College, her alma mater, nor at UC where she studied architecture, nor in Nantucket where she left only her summer diaries to the local historical society.

In hot pursuit I made an appointment with Patricia Neils Boulter, Classical archaeologist and, like Rawson, an alumna of Bryn Mawr College. 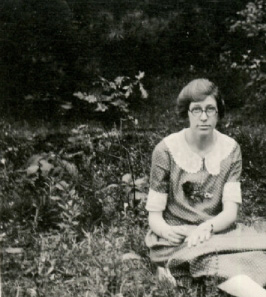 In April 2013, Pat and I talked for two hours. She and husband Cedric Boulter, who had been Blegen’s student and later a professor at UC, were neighbors to the Rawson sisters, Marion and Dorothy, their Frank Lloyd Wright-designed house nestled in a woods at the edge of the Rawson farm. Marion and Dorothy lived in the farmhouse. Dorothy died first and then, when Marion followed, Pat put her effects in order. She told me that she had sent some letters and other possessions of Marion’s to UC, and had kept nothing for herself. UC only had Marion’s business files … but no personal diaries.

That was sadly the last time I saw Pat, and she died a few months later while I was in Greece. See http://www.legacy.com/obituaries/cincinnati/obituary.aspx?pid=166841131. Soon afterwards, however, her niece, Jenifer Neils, Chair of the Managing Committee of ASCSA, emailed to say that she had found a bag in a closet in Pat’s condominium — with diaries in it! Jenifer brought them to UC the day of Pat’s memorial service, and I couldn’t wait to return from Greece to see them. 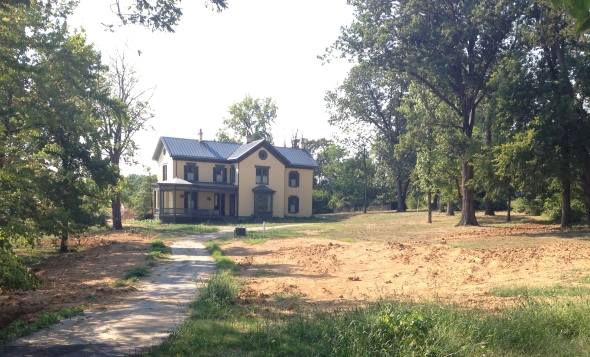 The Rawson Farmhouse in Cincinnati

I was, in fact, so excited that I drove straight from the Cincinnati airport to my office to get them, and I read them in the middle of the night when jet-lag set in. I was crestfallen at first! There were only three notebooks and they were dated 1922, 1928, and 1929 — none from the years of the Pylos excavations (1952-1970). The 1922 diary documented a western European victory lap following graduation from Bryn Mawr, the 1928 diary her first excavation at Prosymna, the 1929 diary more about Prosymna, or so it seemed … but then paydirt!

Libbie and Carl outside the Rawson House in the 1940s

Blegen in a preface to the first volume of The Palace of Nestor mentions that in 1929 he thought about digging at Pylos. Years ago I noticed that the first few pages in his 1939 excavation notebook describe a trip to Messenia in 1929. The account stopped, however, when he reached Koroni, and there is no reference to Pylos. But in 2012, while reading Ida Thallon Hill’s 1929 diary, I discovered that Blegen had then not only reached Pylos, but had visited the site where in 1939 he would discover the Palace of Nestor. But what a shock from Rawson’s diary: she and Dorothy were with Blegen on that trip.

Rawson recorded on Sunday May 19th: “Pylos to Kalamata … Up at 6, left at 7:15 in two motors. Met man who had showed us beehive tomb at a little town [.] and he drove on with us showing us several behive tombs on one hill, then farther on a possible acropolis and more tombs. May have been ancient Pylos. Many sherds and in wall, parts of whole pots. [.] had been reported to Greeks. Left the man at [.], drove on more or less along coast up high. Changed motors at [.]. Arrived Kypharisia (sic) about 11:30.”

An avalanche of Pylian treasures followed in autumn 2013 — but from a different source, Bill Donovan. And this brings me back to our efforts to locate missing excavation records.

Bill travels to Cincinnati every couple years to see relatives. Although we had corresponded about his Tsakalis notebooks, while in town he previously had only visited Pat Boulter and had not been to our Classics Department since 1966, the year his Ph.D. was granted. But in November he accepted an invitation to speak to our students and faculty, and came to UC. What an afternoon it was! Color slides illustrated vivid recollections of his days as a graduate student in Cincinnati, experiences at ASCSA during the directorship of Jack Caskey, and life in Pylos with CWB. 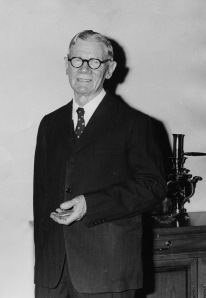 Blegen receiving the AIA Gold Medal at Athens in 1966

3 Comments on ““I Once was Lost but Now I’m Found”: The Search for Missing Archives, Marion Rawson, and the Excavations of the Palace of Nestor at Pylos”