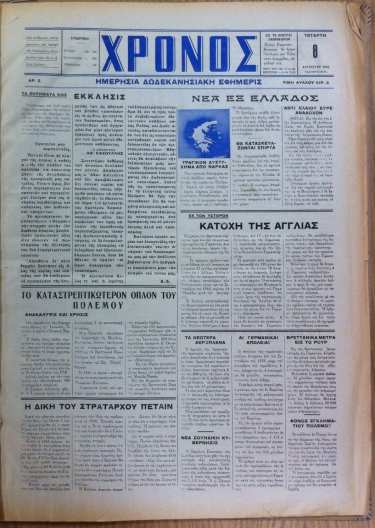 Henry Miller’s Timeless Greece through the Drawings of Anne Poor 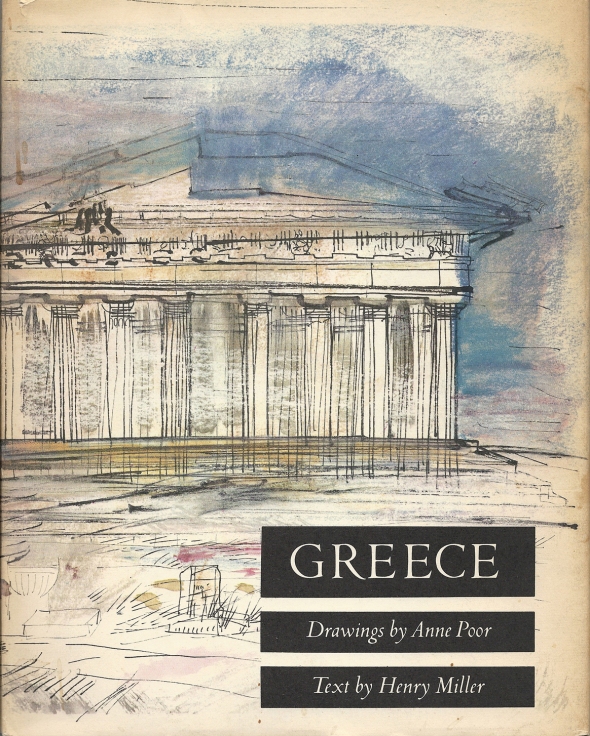 END_OF_DOCUMENT_TOKEN_TO_BE_REPLACED

The Modern Greek Exam, “Professor Blank’s” Method, and Other Stories from the 1930s

After publishing Jack Davis’ essay about the recent history of the ASCSA admission exams and while I was reflecting on Donald Haggis’ reference to the Modern Greek exam, defunct since WW II, I recalled a passage in Lawrence Durrell’s Prospero’s Cell (1947). While writing about his life in pre-WWII Corfu, Durrell painted a perceptive, if not-so-flattering, image of the foreign archaeologist in Greece: “Like earnest mastodons petrified in the forests of their own apparatus, the archaeologists come and go, each with his pocket Odyssey and his lack of Modern Greek. Diligently working on the refuse heaps of some township they erect on the basis of a few sherds or a piece of dramatic drainage, a sickly and enfeebled portrait of a way of life.”

Durrell’s criticism and the recent discussion of exams in this blog enticed me look more carefully than I had ever previously done at the pre-WWII fellowship exams. Here, I should emphasize that these were FELLOWSHIP exams. Before WW II there were no admission exams. Candidates sat competitive examinations only for fellowships. Harold Fowler (1904-1917), Samuel Bassett (1917-1936), Benjamin Meritt (1931-1932), and others served as Chairmen of the Committee on Fellowships (only in 1950 was its name changed to the Committee on Admissions and Fellowships). Students were admitted on the basis of their credentials; although a knowledge of Classical Greek “was expected and assumed…in exceptional cases, a student ignorant of the Greek language [was] accepted as regular member of the School if he [was] qualified to pursue special studies in some field (e.g., architecture or art) where a knowledge of the Greek language [was] not absolutely necessary (ASCSA Handbook of Information, 1932, p. 16). Those competing for fellowships in Archaeology were examined in Modern Greek, but not in Ancient.

What were these exams like? Below I reproduce, as an example, the Modern Greek exam of 1936, which to my surprise also included a passage to be translated from English to Greek, as well as the requirement to translate an essay by poet Kostis Palamas from Greek to English. The passage for translation from English is amusing and imagines a conversation between an American archaeologist and a Greek boatman, the latter complaining about Edmond About’s unflattering portrayal of Greece (La Grèce contemporaine, 1858) and hoping that his American passenger will steer a different course! END_OF_DOCUMENT_TOKEN_TO_BE_REPLACED